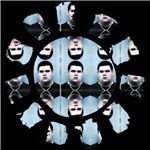 Artist Bio
Born on May 31st 1983 in Reading Pennsylvania, Drew Schermick entered the world destined to endure the tortured existence of an artist. Growing up in Berks County Pennsylvania Drew had little exposure to fine art and music besides his father’s vinyl record collection and the early hip hop culture that encapsulated the east coast in the late eighties and early nineties. It was not until 1997 when then 12 year old Drew found himself in the middle of the dessert (Arizona) that he first tried his hand at visual art in the form of graffiti. This art form became his obsession and developed through late night aerosol binges, black book trades, and experimentation on paper. His adolescent nomadic journey would lead him briefly back to Pennsylvania, Virginia and New Mexico where he would leave his mark and gain style and influence from all those he encountered. Eventually in 2000 Drew’s travels would return full circle back to Arizona. Upon graduating from Red Mountain High School in 2001 Drew continued to progress as an artist. He built a local underground movement which included graffiti writers, dancers, neo-philosophers, poets, and musicians, some of whom who went on to outshine him in their own artistic fields. Besides artistic freedom and innovation the new millennium led Drew down a dangerous path of crime, excessive substance abuse, and many other self destructive activities that nearly led to his demise. Amidst the chaos Drew found himself enrolled in Community college to fulfill court orders. During this time he rediscovered his passion in various Art History classes at Mesa Community college taught by Carol Drachler. Drew was particularly drawn to and inspired by the contemporary artists he was exposed to in these classes. These Art History classes would inspire him to pick up a paint brush for the first time. After his first acrylic painting on canvas there was no turning back. Drew’s abstract expressive style is just as rooted in graffiti art as it is inspired by the likes of Chagall, Soutine, Miró, Dubuffet, Beckmann, De Kooning, and Kandinsky. Drew is quoted as being almost too prolific in his work, painting and drawing into the wee hours of the night, he often produces three to five works a day. Beyond painting Drew also creates digitally aided photo manipulation compositions and electronic music. At the age of 25 Drew Schermick shows no signs of slowing down and seems only to have himself as the obstacle to overcome.

“I Channel my inner turmoil unto canvas as I create abstract compositions. The pain felt, leading up to and experienced in the execution of my work, coupled with the joy felt in completion serves as a positive release of emotion rather than allowing suffering to lead to my self destruction and inevitable downfall.